$53,000 raised for Community FoodBank through KSBW’s Day of Help & Hope

Amazed by the generosity of our community! We are humbled to see the donation totals from KSBW’s Day of Help & Hope on Monday, April 20th, and excited about the service it will help us continue to provide. Community FoodBank received $53,485 in donations, with more than $528,000 raised for all three regional food banks, in total.

On Monday, KSBW Action News 8 and their community partner, Pebble Beach Company, hosted ‘Project Community: A Day of Help and Hope.’ It was a day long, virtual telethon with all profits going to three local food banks. KSBW recognized that the need to feed families had become more demanding than ever since the beginning of the COVID-19 pandemic, and saw the online fundraiser as an effective way to use their resources.

“In local broadcasting, this is really our highest calling. There’s not a job that we could take on that’s more important than this one, to be able to use the power of our 3 television stations, the website and the news app, to bring people together for positive good,” said President and General Manager of KSBW, Joseph W. Heston.

At CommunityFood Bank, we prepared for the day by spreading the word amongst our staff, volunteers and board members, and also used our social media and email communication channels to reach out. Posts on Facebook, Twitter and Instagram informed people about the purpose of the virtual telethon and how to participate, and that information was mirrored in an email that was sent to people who are subscribed to our free newsletter. Additionally, we had staff on hand to answer phones in case people had any difficulty making online donations on our website. About $350.00 in donations were received by telephone.

Preparations also came in the form of TV news coverage before the Day of Help & Hope. KSBW reporter Kyla Linville visited Community FoodBank along with our sister food banks – Second Harvest Santa Cruz County and The Food Bank for Monterey County – on April 17th and aired reporting on the current situations at each food bank. The number of families being served, the distribution of food and the opportunity to support the local food banks through online donations were covered.

“We’ve been serving about 7,000 people per month, in that capacity, which is up from 6,000 in the months before,” said Scott Kindred, Director of Communications at Community FoodBank of San Benito.

Similar increases proportional to their own locales have been reported by the food banks in Monterey County and Santa Cruz County. A strain to put food on the table caused by the coronavirus situation and its economic impacts have left few untouched.

“Since we started our drive through [grocery pick-up], signups for food through community food bank have increased 1,100 percent,” said Kindred. “So, the money that’s collected through donations through the ‘Day of Help, and Hope’ will help us fund that spike.”

On Monday and for a few days prior, messages from KSBW news anchors, plus the field reporting from its reporters, reached across the tri-county area. The TV messages that asked viewers to help were broadcast throughout the day on all three of KSBW’s stations: KSBW 8 NBC, Central Coast ABC, and Estrella TV Costa Central. News anchors invited the community to help during each edition of KSBW Action News 8. The KSBW news app also provided easy access to the “how to donate” information for each of the three food banks.

In the afternoon, we learned that the Monterey Peninsula Foundation had seen the TV coverage and made a donation of $51,000, with an even split of that money between the three food banks.

After the virtual telethon, help and hope continued

On Tuesday, April 21st, as word spread about the fantastic results and huge dollar amount raised, KSBW interviewed the head of each food bank:

Thank you KSBW, Monterey Peninsula Foundation, Pebble Beach Company and all the individual donations that made the day and the dollars possible. 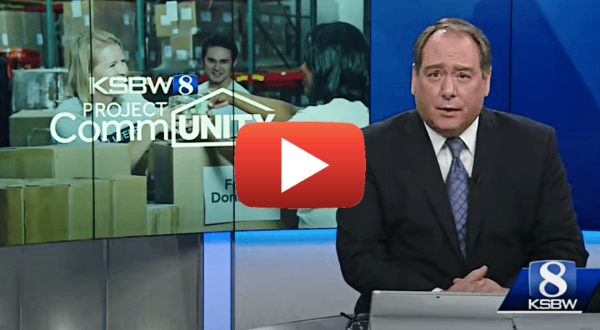 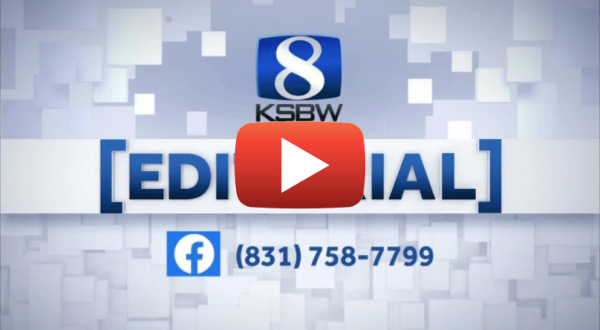 KSBW, April 22, 2020, Over Half a Million Dollars Raised by KSBW 8 for Central Coast Food Banks Through Project Community: A Day of Help and Hope Fundraiser